Historic Sites and Other Areas 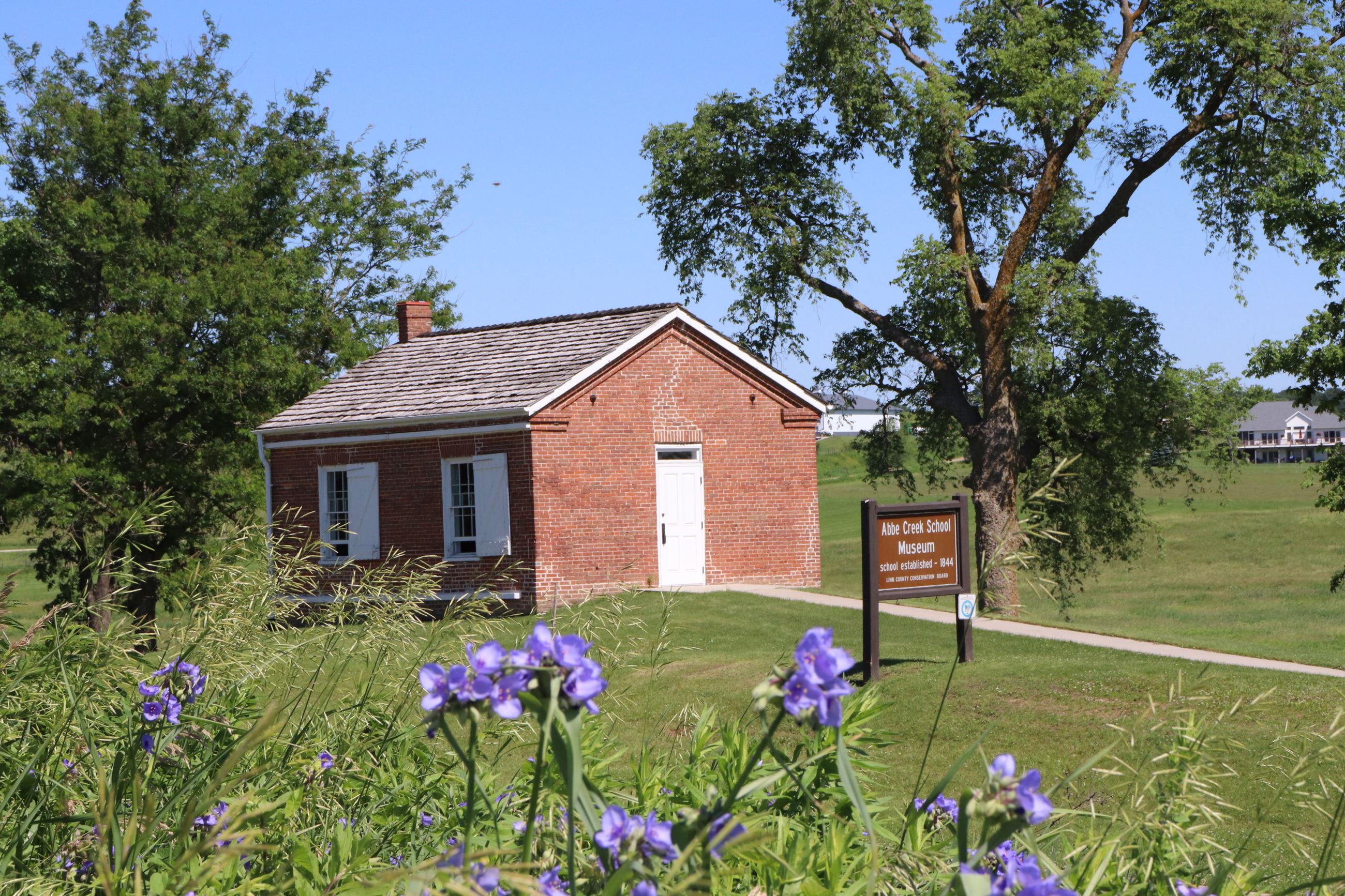 Abbe Creek School was first organized in 1844 by pioneer homesteaders: Alison I. Willets, Jesse Holman and Peter, Henry and Conrad Kepler. They worked with a partner named Lichtenbarger to build the first log school. The school was first called "Sumner" or "Kepler" but later it came to be known affectionately as "Little Brick" when a brick structure was built in 1854. The doors of Abbe Creek School closed in 1936.

The building was later converted into a private home. The school and yard were purchased from Mr. and Mrs. Eddie Pitlik in 1963 and in 1964 the restored schoolhouse was dedicated as a museum.The Museum is open 6-8 times per year for public visits (typically Sunday afternoons 1-5 p.m.) in June, July and August (Memorial Day - Labor Day). School groups, youth groups and others interested in using this historic facility should call 319-892-6485. Learn more about Abbe Creek School Museum

This depot was acquired by Linn County Conservation in 1981 and has undergone two significant renovations. Built in 1914, the depot was a popular stop along the old Waterloo, Cedar Falls and Northern (WCF&N) railroad with passenger service until 1956. The rail line was abandoned in the 1970's and eventually developed into the Cedar Valley Nature Trail. The building currently houses the Center Point Historical Society Museum, which is open on Sundays from 2-4 p.m. through September 30. The Depot was added to the National Register of Historic Places in 2018. 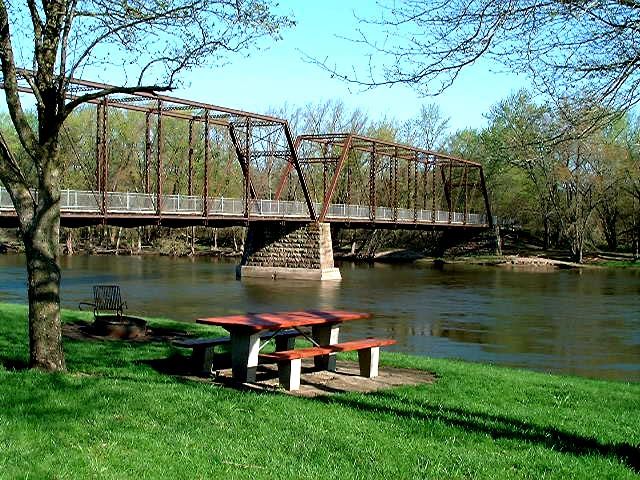 is a two-span structure over the Cedar River just south of Palo.  Only pedestrian traffic is allowed as the bridge was closed to motor vehicles in the 1990's. Picnic areas along the shore, restrooms, and a boat ramp are near the bridge's south approach while the northern bank is heavily wooded. Built in 1884 by the Wrought Iron Bridge Company, the bridge is distinguished among others built during this period for its two-span configuration and outstanding state of preservation. The bridge, which is 370 feet in length and 15 feet wide, is listed on the National Register of Historic Places.

The Palisades-Dows Preserve is a 162-acre preserve and home to the Eastern Iowa Observatory and Learning Center (EIOLC). The Observatory is run by the Cedar Amateur Astronomers. Information on hours and programs can be found on their website.

This site is named after author and outdoor enthusiast Jay Sigmund. Sigmund moved to Cedar Rapids to work in the insurance industry, but never abandoned his love for nature and the area around the Wapsipinicon River Valley as expressed in his writing. He died in a hunting accident in 1937. This 7-acre area was officially dedicated in 1964 just across the bridge in Waubeek.

Things to do OutdoorsOpportunities and Access for all Residents