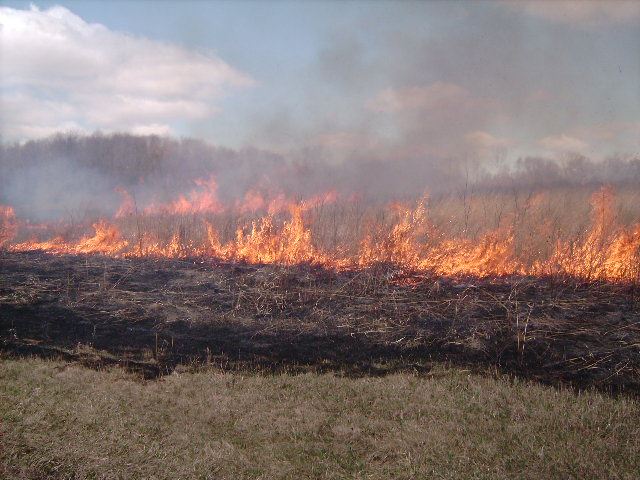 Prescribed fire is fire applied under specific conditions, in a defined area, to achieve specific resource management goals. Fire is an extremely beneficial tool in the sustainability and management of prairies and woodlands. Historically, our landscape is no stranger to fire. Both naturally occurring fires and fires set by Native Americans produced a diverse landscape. A mix of prairie, savanna, forest, and wetlands benefited from intermittent fires.

Fire rejuvenates a prairie in many ways, including:

The Linn County Conservation Department conducts prescribed fires throughout the year in many of its areas. Generally, prescribed fires are conducted on a 2 to 4 year rotation, with portions of the prairie left unburned to allow a refuge area for wildlife. Prescribed fire is one of the resource management tools used to preserve and perpetuate what little prairie and savanna we have left.

Things to do OutdoorsOpportunities and Access for all Residents